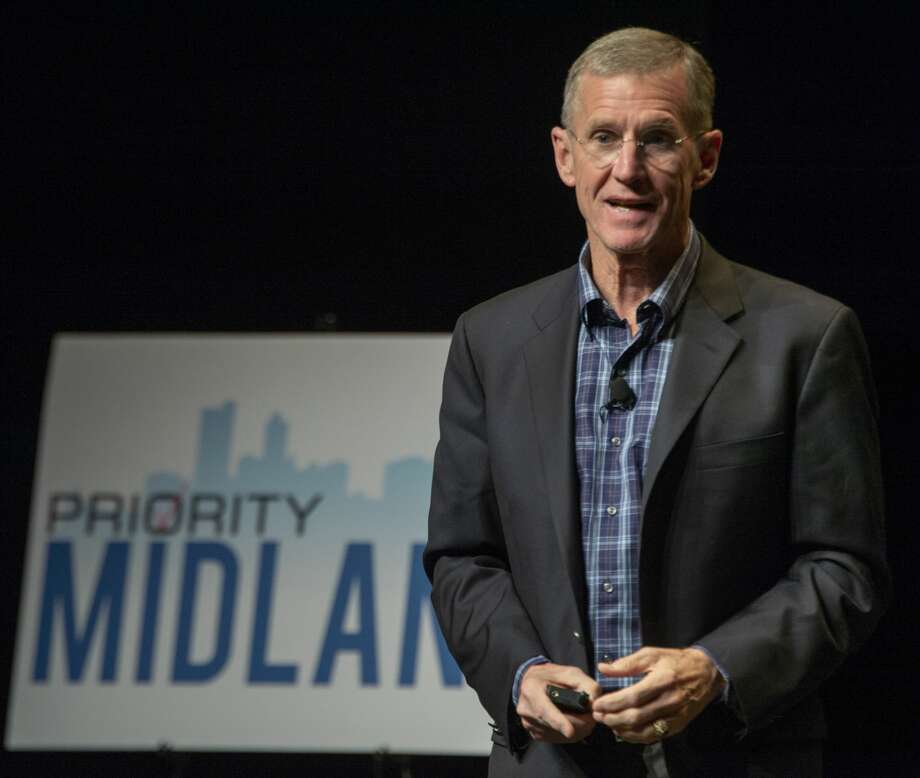 Priority Midland introduced itself to residents on Monday night at the Wagner Noel Performing Arts Center.

The speaking lineup, which included economist Ray Perryman and retired Army four-star Gen. Stanley McChrystal, reminded the who’s who in local government and nonprofit and community organizations that the rate of change has increased exponentially in Midland and that a team of teams requires change.

McChrystal provided a first-hand look at how his experience as the head of Joint Special Operations Command in Iraq forced him to evolve as a military man and leader. Characteristics such as trust, a common purpose and shared consciousness were part of a foundation of bringing together entities that previously operated in a silo and helped to defeat al-Qaida in Iraq.

Read the rest of the article here.

Jan 28 2019
Midland, Texas is growing rapidly, and we have the space to expand even further. Our city boasts three business parks, with ample acreage available for development as well as office space. All three parks-- Midland Spaceport, David Mims and La Entrada-- are conveniently located with access to nearby transportation, including rai...Continue Reading

Jan 21 2019
Business owners: good news! Finding your next headquarters or expansion location just got a lot less time-consuming. The Midland Development Corporation utilizes an easy-to-use online tool that’ll simplify your real estate search, called the Geographic Information System. There are multiple search criteria to choose from, based on what is most importan...Continue Reading

Jan 14 2019
Business is booming in Midland, Texas, and becoming even more diversified as more people discover our city’s amazing attributes. We want to help make your company’s move to Midland as seamless as possible, and ease the strain on your resources in the process. The Midland Development Corporation can help you navigat...Continue Reading