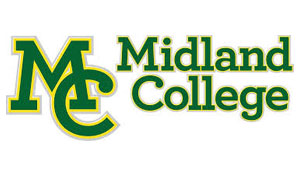 Today's Midland College (MC) became a reality after its meager beginnings in 1969 as part of the Permian Junior College District.  MC gained its independence as a separate community college district in October 1972 after Midland supporters rallied in Austin to garner support for the split.

The turning point of a new campus was two-fold: the passing of Senate Bill 19 to allow the citizens of Midland to hold an election to secede from the Permian Junior College system and the passing of the $5.1 million bond issue in December 1972 to support the creation of the Midland College campus.

The new campus “opened for classes” in January 1975.

At right are MC's Presidents, past and present. They are (clockwise from top-left) Dr. Steve Thomas, Dr. David Daniel, Dr. Jess Parrish and Dr. Al Langford