MDC, AST & Science: On a mission to connect the world digitally 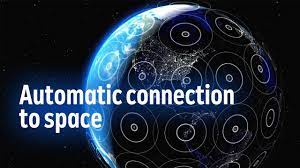 Midland, Texas, in the heart of oil & gas country - is a place that has grown exponentially, leveraging the profits from a thriving energy sector to diversify its economy. These investments have made it possible to develop the country’s first spaceport co-located with a major commercial airport. Midland’s Spaceport Business Park is an FAA-approved Commercial Space Launch Site and convenient for companies designing, manufacturing, testing, and launching. Located within the Midland International Air & Space Port, the Business Park is home to growing companies in the aerospace and, specifically, the satellite industry.

In late 2018, the Midland Development Corporation partnered with AST & Science to bring their corporate headquarters and satellite manufacturing facility to the MDC’s 85,000-square-foot facility at the Spaceport Business Park.

AST & Science is building the first and only cellular broadband network to be broadcast from space and accessible by standard smartphones. Called SpaceMobile, this innovative network will eliminate the connectivity gaps faced by today’s five billion mobile subscribers and finally bring broadband to the billions who remain unconnected. Chairman and CEO Abel Avellan said of their Midland location, “From Midland, we will scale up quickly to produce high volumes of low-cost, ultra-powerful LEO satellite platforms.”

The mission at AST SpaceMobile is to develop the foundation for an increasingly interconnected society. The company will collaborate with cellular providers in the U.S. and around the world to help facilitate its goal to improve internet access globally. The patented technology is employed to provide seamless connections from almost anywhere. The goal at AST is to make cellular broadband available almost anywhere so you can connect with the rest of the world – regardless of where you live or work.

In early 2020, AST & Science announced Rakuten and Vodafone as strategic investors, bringing the total capital raised to $128M. This “NewSpace” venture will extend mobile coverage to more people and devices, providing connectivity at 4G/5G speeds everywhere on the planet – on land, at sea, and in flight.

According to AST, “....only a fraction of Earth’s surface has cellular coverage, contributing to the billions of people who have no internet access.  A new space-based cellular broadband network, like the kind AST SpaceMobile is building, would enhance connectivity for those who already have coverage. However, it may also connect people who live in places where cellular broadband coverage doesn’t yet exist, is unreliable, or is otherwise out of reach. We want to make the seemingly impossible possible while positively impacting billions of lives across the globe.”

Patented low Earth orbit (LEO) satellites, integral to SpaceMobile, are being designed and manufactured at the Midland facility, as part of the company’s transformational technology. BlueWalker 3 is AST SpaceMobile’s prototype satellite and is designed to operate directly with standard, unmodified mobile devices. Built with an aperture of 693 square feet, the satellite works to establish connectivity directly with cell phones via 3GPP-standard frequencies. BlueWalker 3 launched to orbit on September 10, 2022, and is a predecessor to planned commercial satellites called BlueBirds.

Midland and MDC: The heartland for growing businesses

Why Midland? Midland itself is strategically located and within hours of many major cities.  The region is known for its robust infrastructure which includes access to interstate, rail, and air transportation.

From a workforce perspective, Midland has nearly twice the national average for engineers in the workforce. The community is #3 in the nation for fastest growing metros and attracting talent from throughout the country.

While providing active business support for diversified companies, the Midland Development Corporation (MDC) is also a service provider to businesses that operate in Midland or are considering moving to the area. Learn more about how locating in the Spaceport Business Park could benefit your business; contact us here, today!

Oct 7 2022
It’s an anomalous time in the tourism industry. On one hand, the leisure market has picked up to a point that the numbers are just about back to where they were pre-COVID-19, despite the surge of a new strain of the virus surging in recent months. That’s because travelers have wante...Continue Reading

Oct 5 2022
Phew, the labor market crisis is over! Jobs are growing but the rapid pace of hiring has slowed and people who were reluctant to work due to COVID are returning to the labor force. It sure seems like the labor crisis was a COVID issue, so we can all g...Continue Reading