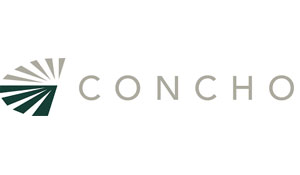 Crude oil prices were volatile during 2016, dipping to a twelve-year low at the start of the year and averaging $45 for the year. Concho adapted to the market reality of lower oil prices by decreasing costs and increasing well productivity. A strong focus on our operations and consolidation of our core areas led to a production increase of 5% year-over-year, while underspending cash flow by more than $200 million. Capital spending on drilling and completion operations totaled $1.3 billion in 2016, as compared to $1.8 billion in 2015. During the year, Concho reduced long-term debt by $600 million. The Company also consolidated approximately 70,000 net acres in our core areas. These acquisitions blocked up acreage, allowing for more efficient extended lateral development and further enhanced our drilling inventory.